The Haunting of Queen’s Park and the Ontario Legislature Building 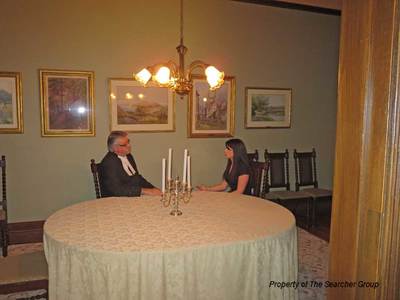 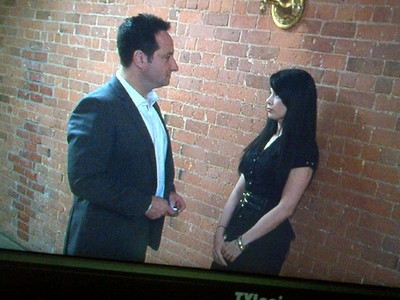 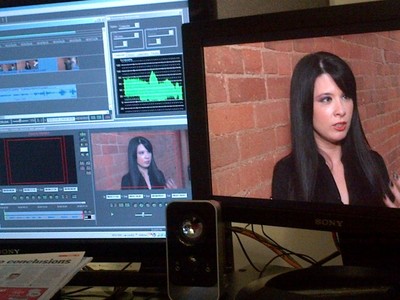 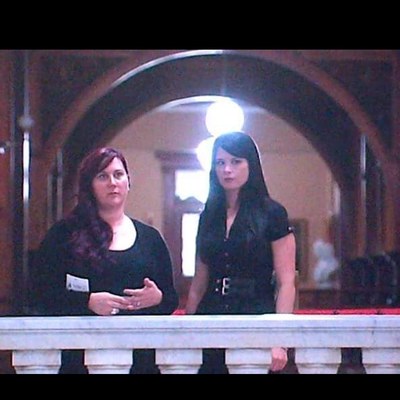 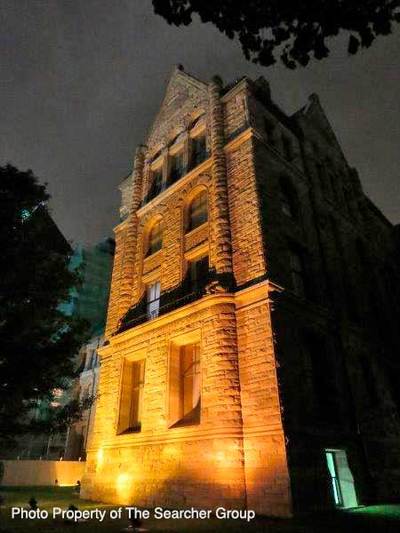 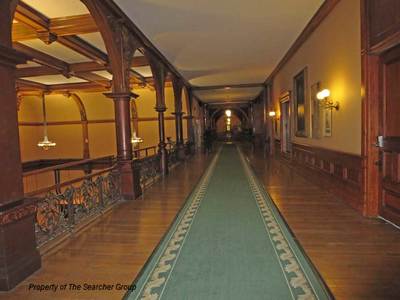 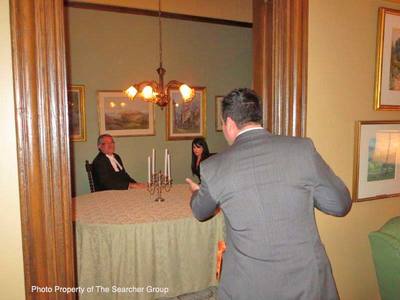 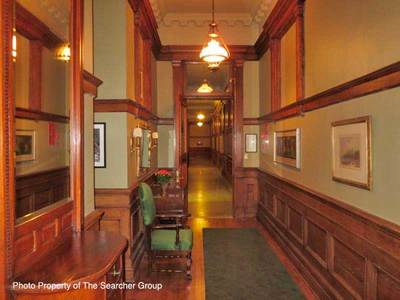 One of the perks of doing what we do as serious paranormal investigators is that we are often invited to visit places most people don’t normally get a chance to see for themselves. Though true enough in this case, on October 29, 2013, the Legislative Assembly of Ontario buildings of Queen’s Park, Toronto were treated to their first formal psychic reading by medium Amanda Keays of The Searcher Group.
This tour was one of those last-minute situations: Three days before Hallowe’en, Amanda contacted me to say she was invited by CTV Toronto’s Queen’s Park Reporter Paul Bliss, to be the subject of a news article depicting a clairvoyant’s take on the haunted hallways of the Legislative Assembly. To make a long story short, I accepted the assignment to accompany her the following evening. While Amanda and her psychic impressions would be the focus of the film piece, I would be on-hand to make some impromptu audio recordings and answer questions about The Searcher Group.
Once admitted inside the north entrance, Amanda, her equally-psychic friend Crystal-Lee and I were shown to Paul Bliss’ fourth-floor CTV office where we were introduced to George Stamou, our cameraman for the evening. Amanda’s anxiety continued to grow as she claimed to have picked up on several spirit energies passing us on the way to the CTV “base camp.” She found herself continuously wringing her hands, which were cold and clammy to the touch, even inside the considerably warmer interior of the building.
After a short wait, we geared up, established some ground rules (regarding taking of photographs), then made our way down to the second floor, pausing outside the apartment of The Honourable Dave Levac, Speaker of the Legislative Assembly. Parking ourselves in an adjacent space resembling a small ballroom, with a long wooden table running along its centre, Amanda and Crystal both picked up on the spirits of a couple dancing together in formal 1800s ballroom attire at the far eastern end, suggesting a marital affair was a vibe associated with this pair.
Before we could probe any deeper into the identities of this couple, we were all admitted into Mr. Levac’s apartment – an honour not very many people get to experience, as George pointed out to us in a hushed whisper as Paul was busy introducing Amanda to the Speaker and explaining his intent for what was to be filmed. Settling in the dining room, an unlit candelabra between them, Amanda and Mr. Levac exchanged historical stories for psychic readings while George filmed them from varying angles and distances. Outside in the parlour, Crystal-Lee confided that she was picking up the mixed smells of booze and tobacco smoke, coupled with a sudden tightness around her heart, as if she was experiencing an attack on behalf of an entity trying to communicate. (Paul was unable to confirm any historical truth behind the latter sensation at the time.)
Following the meeting with the Speaker, we continued touring the various cavernous marble atria and plush-carpeted, painting-lined hallways all the while stopping so Paul could interview Amanda on-camera. During this time, two EVPs were captured while George was setting up the camera. The first was of a female humming, the second a clear, hushed whisper saying, “Hello.”
The visit would not be complete without a descent into the basement of the building, where both Amanda and Crystal-Lee went into psychic “overdrive,” quickly picking up on a frenetic, disturbed woman who apparently screamed at us all as we exited the elevator to film in a brick hallway, down there. Though the halls were well-lit and no EVP was captured, both ladies were very glad to leave the former footprint of the insane asylum that used to occupy the grounds and was razed before the present structure was built.
Back upstairs, the filming wrapped up and the five of us returned to the CTV office to gather our belongings. As George unlocked the door we were all quick to note that the interior lights were switched off, though a free-standing large screen monitor in the middle of the cluttered room continued to operate as we had left it ninety minutes previous.
Since reading an article reporting several employee sightings of spirits in August of 2006, exploring Queen’s Park with the intent of gathering paranormal data has been a dream of mine, so an opportunity to do so – even for a couple of hours – I felt was an unquestionable privilege. Promoting the team with the aid of a major metropolitan news network was ectoplasm on the cake. Finding out we are the first serious paranormal group to perform any kind of investigation of this type on the grounds of Queen’s Park was the proverbial cherry.

History
Way back in 1849 King’s College became the University of Toronto, the building standing where the Legislature now sits was converted into a Lunatic Asylum for women called the Auxiliary Female Asylum.
It was on a rainy day in September 1860 that the Prince of Wales (later to become King Edward VII) officially opened the park on behalf of his mother Queen Victoria. Naming the space “Queen’s Park”.
A few years later the asylum was moved to its present location at 999 Queen Street West and the old building sat abandoned and crumbling until 1886 when it was demolished to make way for the new Legislative building. Designed by Richard A. Waite it would be an iron frame structure covered both inside and out by 10.5 million bricks made by inmates of the Central Prison, the worst prison in Canada, and Ontario sandstone much of it coming from the Credit Valley which with its pink color gave the building its nickname “The Pink Palace”. Some of the marble was reused in its construction from the structure of the old asylum.
The Lieutenant Governor of Ontario George Kirkpatrick officially opened it on April 4, 1893. Almost immediately reports of seeing apparitions roaming the halls sprang forth, many experienced specters that appeared to be from the old asylum.

Create your own unique website with customizable templates.
UA-123635661-1